Since the dawn of the 21st Century, the ways in which people and organizations that use the Internet experience, perceive and act in the world is radically changing. We interact with physical objects and systems well beyond our sight and comprehension. Our cars, homes, factories and public transportation are controlled increasingly by computer chips and sensors. This interconnectedness already exceeds much of last century’s science fiction imaginings, but is poised to accelerate even more dramatically with the advent of 5G.

Popular telecom carrier driven expectations about the speed and capacity of 5G consumer mobile service tend to obscure the broader reality that 5G network infrastructure will also connect billions of sensors, devices, vehicles, machinery and other things besides smartphones. People will be connected to things too, not just their favorite apps, and things will be connected to each other for purposes far more critical than entertainment. Wireless and landline networks will become more fully integrated, and the Internet of Things (IoT) will become the Internet of everything.

5G near real-time connectivity and network slicing technology will foster disruptive innovation in every sector across all regions of the world. Already various IoTs are developing in parallel: industrial, commercial, residential and civic IoTs, the latter associated with ‘smart cities.’ The European Patent Office reported a 54% surge in patent applications related to ‘smart connected objects’ from 2013-2016, — before any 5G networks were available, according an article published for the recent World Economic Forum in Davos. The stock of Corning recently spiked upward on reports of strong growth in demand for fiber cabling in 5G network build-outs.

In the mid-1980s the first generation of mobile technology — cellular phones — were clunky, very expensive and boasted ‘gravelly’ voice-only service with coverage limited to major metros and calls dropped frequently. Digital voice flip phones of the 1990s brought significant quality improvement. In the new millennium, 3G brought the Internet and texting to mobile phones, and then the 4G LTE networks of the past 8 years supported streaming audio and video applications on smartphones. 4G led to an explosion in social media usage and the rise of the ‘gig economy’ in which ride hailing and other services are available instantly via countless new platforms.

5G connectivity is emerging as the enabler of something bigger: the fourth industrial revolution. Its global network infrastructure may well become the most critical infrastructure ever. In most of the industrialized world, where telecom networks are privately owned and operated, only utilities like electricity and water along with roads, bridges, railways and airports have been traditionally considered ‘critical infrastructure.’

That’s about to change in the next decade, even though 5G enabled smartphones are not available yet and mobile operators/carriers and regulators are still working out deployment issues like spectrum use. Dozens of equipment vendors are working on building 5G network infrastructure and 5G compatible phones and other devices. These companies include: Corning, Qualcomm, Intel, Ciena, Ericsson, Nokia, Huawei, ZTE, and Samsung.

What 5G can do

5G connectivity will allow all the various IoTs described above to be augmented with real time machine learning and artificial intelligence (AI). It will provide the low latency and split-second responsiveness required for remote robotic surgery and for more safely managing transportation including aerial drones, high speed trains and autonomous public and private vehicles in city traffic. As such, this new IT infrastructure will be more critical to humanity than the Internet ever was previously.

Further, the next generation of Internet connectivity will carry millions of transactions in global financial markets and commerce. If and when it is fully implemented, 5G will lead to massive efficiency and productivity gains because it will empower real time supply chain and fleet asset tracking and management, wireless manufacturing processes that eliminate inefficient tangles of wires and cables in factories and plants, robotics and automation. These tectonic shifts in processes will displace human workers, while creating other new jobs, some known, some as yet unidentified, especially in STEM fields. It’s difficult to overstate the importance of re-skilling global workforces in anticipation of this next wave of labor disruption.

A new technical capability called ‘network slicing’ will allow multiple data streams to run in parallel over shared network infrastructure. Enterprises will be able to order up and customize ‘slices’ of network capacity on an as needed basis to support a broad range of diverse services and functions running simultaneously. Network equipment vendors Ericsson, Huawei and ZTE have been working closely with mobile operators on this technology. 5G New Radio architecture will enable modification of network configurations on the fly to support a multiplicity of devices, — as many as 1 million per square kilometer.

Huge upfront capital costs and a tangle of regulatory and public policy issues pose the biggest obstacles to swift deployment and adoption of 5G. Annual spending on 5G infrastructure worldwide is forecast by some experts to peak at over $14B in 2021. Rules and laws governing security, privacy, data monetization and content management will need to be worked out and/or harmonized internationally. New regulatory and liability frameworks must be developed and implemented. All major stakeholders are currently engaged in intense discussions about the revolutionary implications for their economies and societies because commercial viability of 5G connectivity is now firmly visible on the horizon.

While the U.S. may be currently lagging behind China and South Korea in deployment of 5G, the global race is on. South Korea is proceeding more slowly after initially ramping up 5G for the 2018 Winter Olympics, but anticipates getting service to 90% of its population by 2026.

Mobile technologies and services as a share of global GDP are expected to grow from $3.3 trillion in 2016 to $4.2 trillion by next year. 5G networks are far more dense than prior iterations, requiring 5x as many towers as cell phone networks do, although in many cases, lamp posts, bus stop shelters and other existing structures may be used.

Europe is the world’s most highly penetrated mobile market. Orange has been conducting tests of 5G in France and Belgium. AT&T and Verizon’s announcements of 5G service for 2018 involved only consumer residential offerings in a few cities that is not even authentic 5G, but the real deal is just around the corner.

There’s a bit of the “chicken and egg” dilemma typical of new networked technologies in play here. It’s difficult to justify extensive network build out before smartphone makers and customers have upgraded to 5G phones. At the same time, how does one justify investment in devices before the essential infrastructure is upgraded? Qualcomm, Samsung and others are developing the chips for 5G devices, but global technical standards have not been upgraded yet either.

Privacy and security risks to the physical world from all this supercharged cyber activity are set to grow exponentially. I have worked with over 20 of the top 100 telecom companies as well as with critical infrastructure protection organizations in a dozen countries on identifying those security and privacy risks and creating novel approaches to mitigating them.

The U.S. Department of Homeland Security created a task force in the summer of 2018 to conduct a strategic risk and threat assessment of 5G with a goal of protecting global supply chains. That assessment process will reach well beyond the immediate ‘hot button’ focus on specific Chinese equipment suppliers. Spotlighting the need to protect global supply chains, Christopher Krebs, director of DHS’s Cybersecurity and Infrastructure Agency (CISA) emphasizes the importance of establishing a framework for trust in secure vendors.

In meetings between U.S. and European cybersecurity officials in late February, the Europeans, while receptive to legitimate concerns about Huawei, were skeptical of claims those threats cannot be managed, though one line of computer code in a 5G network driven by millions of lines of code could compromise everything.

Critical 5G infrastructure could be disrupted or manipulated but by any hostile nation state or terrorist group. The skeptics think Americans are really more concerned with trade threats from China than security risks. They tend to value using a diversity of equipment suppliers. The British are in the midst of reviewing their approach to 5G security.

As a window into the enormity of cyber threats impinging on the business world, one vulnerability already being exploited is that Bitcoin miners are now hacking into corporate IT systems not to steal data, but to rob them of their ‘compute’ or computational capacity, — something cryptocurrencies need in bulk for processing transactions using blockchain technology. 5G would enable such attacks and a multiplicity of others to proceed far more swiftly before they can be detected.

In terms of threats to societies, weaponization of disinformation on social media platforms is rendered all the more potent by instant spreading of “deep fake” video content that will be enabled by 5G connectivity. One small step all governments can take is to require security clearances and raise technical standards as a condition of granting licenses for 5G spectrum use, but of course, such measures will be useless against rogue nation states.

Meanwhile, the world’s most powerful nations and big global tech companies are all vying for a competitive edge in the move to 5G. The global standards setting process for 5G involves “engineers from rival inventing companies, rival product makers, rival network operators, all from different countries and continents, discussing, testing, striving to perfect tens of thousands of different technical solutions… They judge each technical solution using a merit-based consensus-building approach.” These ongoing deliberations are fraught with geopolitical and commercial challenges layered onto core technical questions.

Representatives from most equipment vendor and services companies convened at the Mobile World Congress in Barcelona in late February, and many of them also at #OFC2019 in San Diego the first week in March. The IEEE is also working on standards for 5G network equipment.

Some observers conclude that a 5G revolution will change the world more profoundly than either 3G or 4G did and I agree. It may rival the invention of electricity as a socio-economic game changer. Verizon CEO Hans Vestberg has said, “I think that 5G has the potential become one of the most transformative technologies that we’ve seen in a long time.”

Mobile technology has already allowed developing nations and societies in Africa, southeast Asia and South America to leapfrog into the 21st century digital economy without first building reliable landline telephone networks. 5G is likely to have an even greater leveling effect if it reaches into these geographies. In the U.S., Verizon is offering 5G as a first broadband service to remote rural residents and small businesses not connected by cable or fiber.

On the other hand, 5G could actually widen the digital divide in parts of the industrialized world and developing nations because the essential infrastructure requires such heavy capital investment and a reliable supply of energy as well. Both towers and power can be very expensive.

If 5G connectivity extends to even most of the industrialized world, it will be truly transformative to the global economy and societies. However, the sobering security vulnerabilities of IIoT and massive IoT systems must be dealt with urgently now if they are to be effectively mitigated. 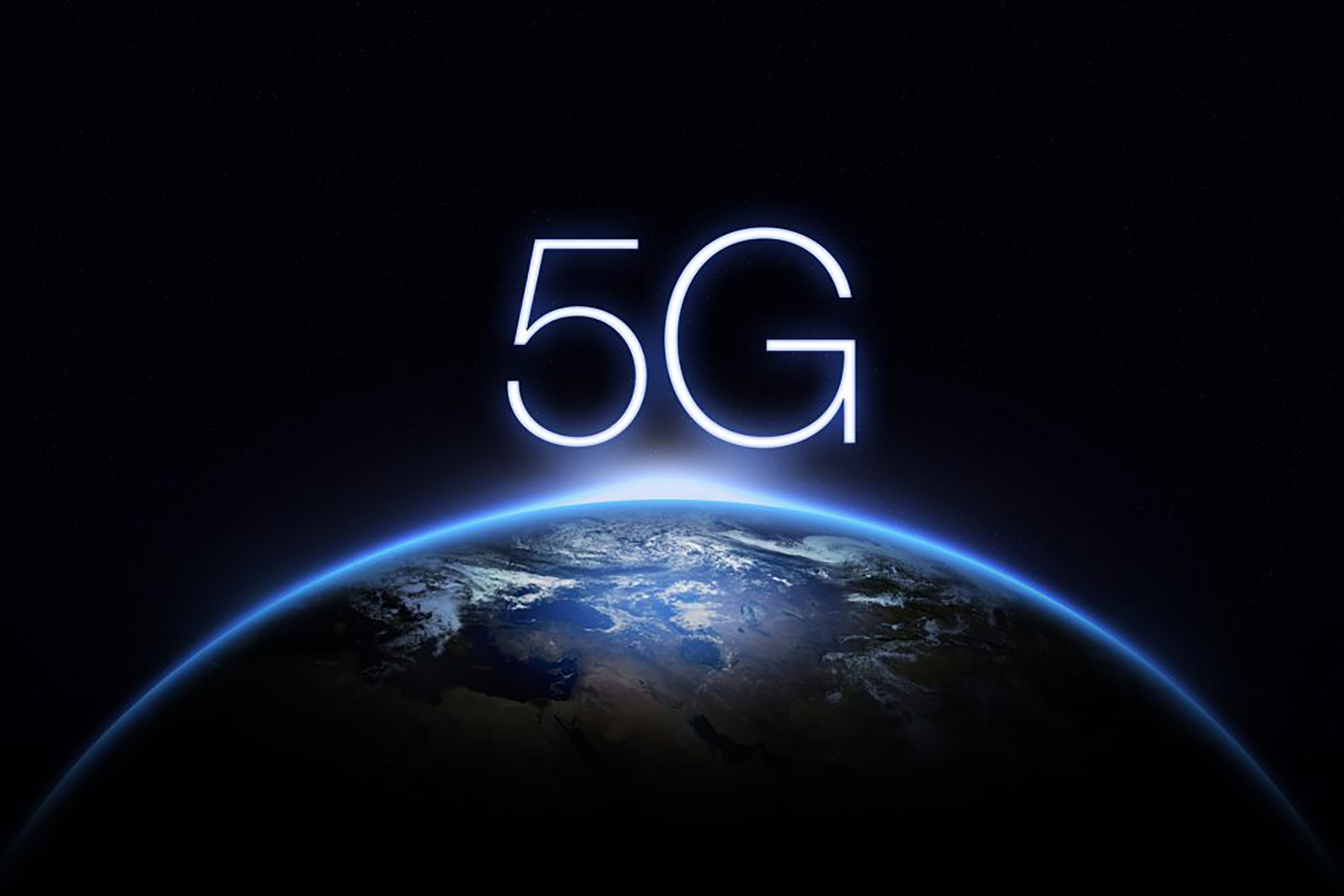